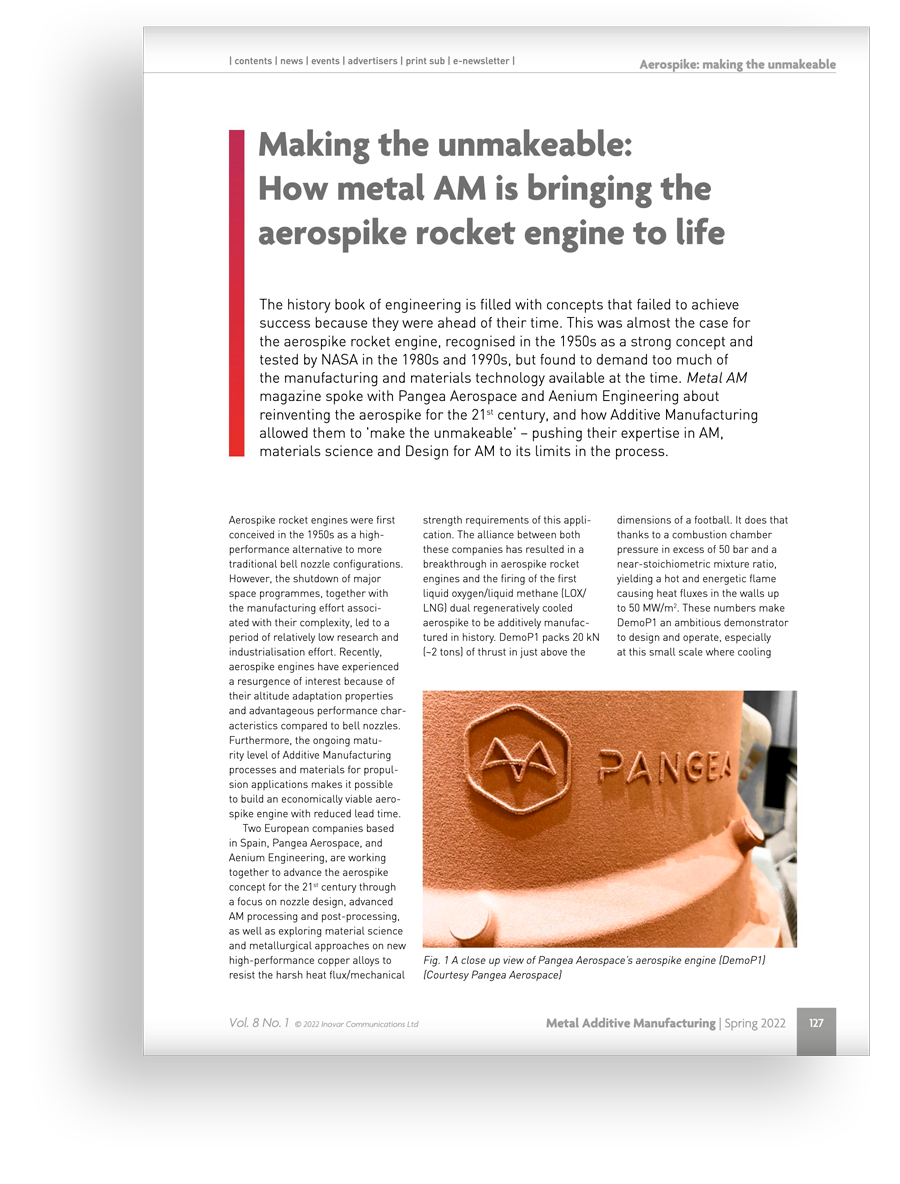 “Making the unmakable:
How metal AM is bringing the aerospike rocket engine to life”

Barcelona-based Pangea Aerospace announced Nov. 16 that it completed a series of tests of the aerospike engine, called Demo P1, at a facility in Lampoldshausen, Germany, operated by the German space agency DLR. Those tests, performed over a month, included one test where the 20-kilonewton (4,500-pound-force) engine ran for two and a half minutes.

With the rise of the small satellite, industry launch vehicles need new solutions to offer tailored and cost-effective access to space.

The mission to build a reusable launcher for Europe

Something in mind?
Want to join us?
Don’t hesitate to contact us.